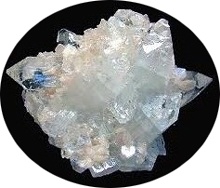 At the House of Light radiaesthesia/dowsing service we have the experience that for most people 1 to 3 months are indicated for the first detoxification period. The dosage we have tested and found for most people advisable has been 1/3 to 1 teaspoon full (flat no powder hill on the spoon!), depending, of course the type/origin of the zeolite: For example, the Greek Zeolite is much heavier and than the Serbian, meaning, that 1/2 tea-spoon of the first is equivalent to almost 1tea-spoon of the second!

For all who would like to have a detailed dosage check for their personal body system we provide a professional dowsing service which you can book directly via our e-shop, by ticking the right number of persons to be tested in the box above (next to the photo).